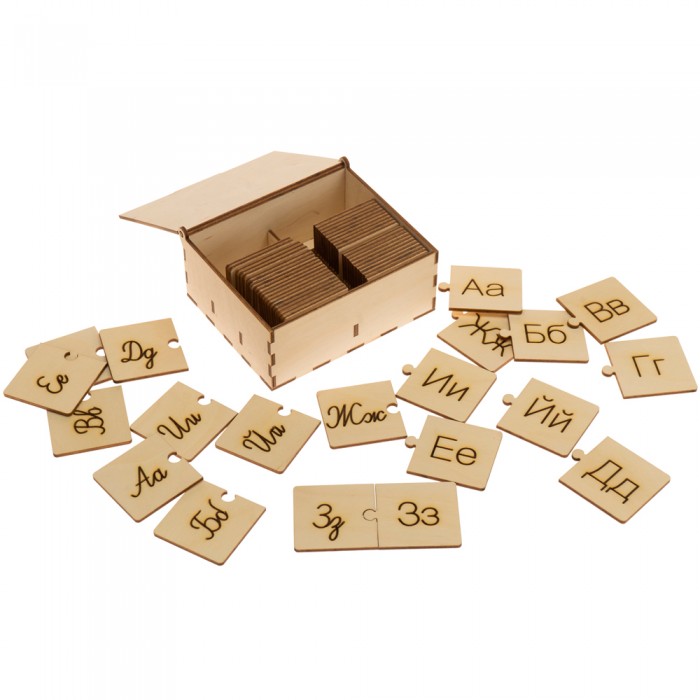 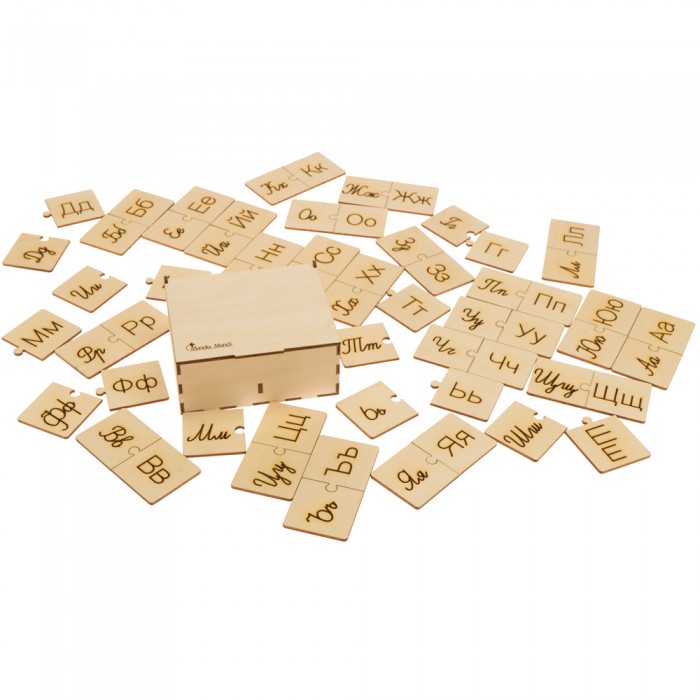 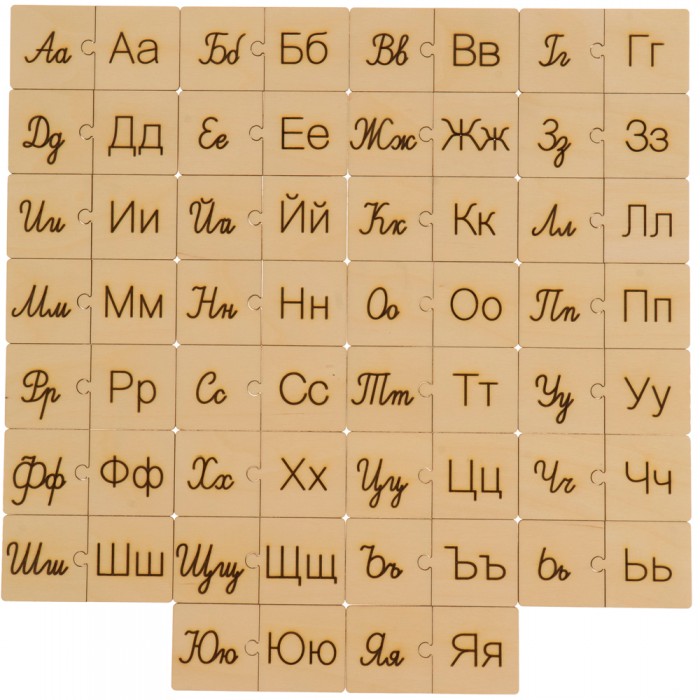 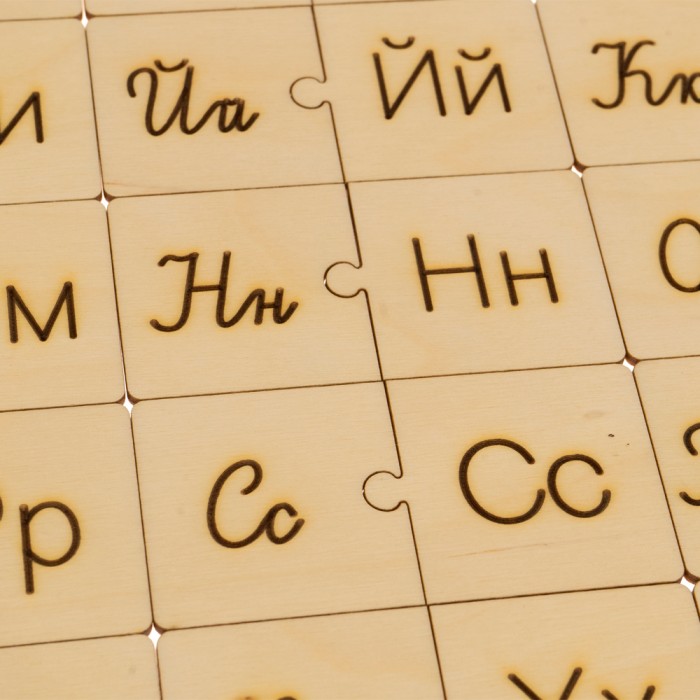 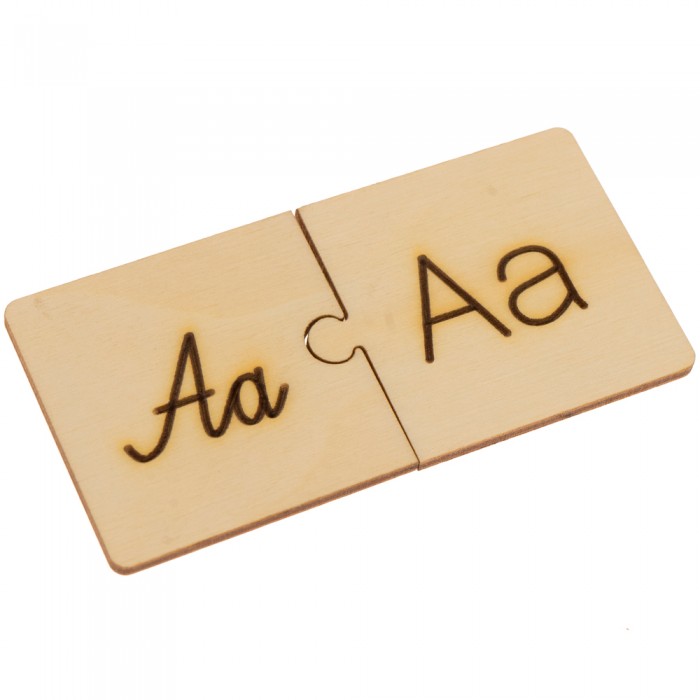 Learning the symbols of letters is a basic educational skill that is of great importance for a child's self-esteem in school. The study of printed letters begins at the preschool age, and is often offered to the child as knowledge by his parents at a much earlier stage of his development. Encouraging children to memorize printed letters is possible almost anywhere in an urban environment – from playground facilities, through car license plates, to shop signs, etc.
Handwritten letters are taught in the first half of the first grade, and children are given approximately one week to memorize the handwritten version of the already remembered printed letter.  This is often associated with difficulties, and sometimes with slight "omissions" or shortening of their "chops". Confusion occurs between the merging of letters into words (e.g. how to connect the small handwritten letters "O" with" T "without quickly becoming "a"with " T"). For adults, the differences are clear, but for children, subtleties are often crucial, and even a little inattention in the lesson can lead to persistent potential mistakes at a later stage.
During this period, the child also lays the foundations of his writing, which should be perfected for years, but is most often "simplified". The reason for this is that when the child hears/comes up with the sentence he has to write, he automatically begins to dissect each of the sounds in it and make an association with its letter (at the same time he has to take into account and apply the already learned grammatical features and rules of writing). That is, the Association of the child with the symbol of the handwritten letter (which he has studied for several months) must become stronger than that of the printed letter (which he has often remembered twice as long). One should not underestimate the desire of the child to write quickly, so that he does not fall behind dictation, does not lose the flow of his thoughts, or does not forget what he wanted to write as a note while he continues to listen.
For this reason, the child should be offered as many different and interesting games and tools for connecting and replacing printed letters with handwritten ones.
The letter tracking kit is a game with which the child trains the letter Gnosis, the hand movements in writing the printed and handwritten letters, memory and attention. The set can be used in many ways that, in addition to the above, can also develop phonological awareness, spatial orientation, thinking, imagination, and mathematical abilities.
The game contains wooden puzzles with dimensions of 5x8 CM. on printed and handwritten small and large letters, a wooden tracking stick and a box for a more painstakingly folded look at home, in the school room or in the specialist's office.
It is especially suitable for home use, kindergartens and schools, speech therapy offices, resource teachers and pre-school educators.
Game options :

Game about letter Gnosis, memory, fine motor skills, writing – "split the printed letters from the handwritten ones into two piles. Download a printed letter and save the handwritten versions of a sheet. For every successful attempt, I'll give you the puzzle piece with the handwritten letter. If you get in trouble with any of the letters, ask for help and I'll give you a hint. When you are ready with the whole puzzle, you will choose what game to play as a reward.“
"Letter mixers" – a game about letter Gnosis, memory, attention, writing/fine motor skills.
"I'm going to arrange pieces of the game so that they write words. But be careful – the word will have both printed and handwritten letters. Read the word and write on your sheet the word with the printed letters and the word with the handwritten letters. Then it's your turn to write a word in mixed letters, and I'll read it and write the printed and handwritten versions of the word. Check if I did well! For every correct letter we have written in the words, we will earn 1 point. The winner is the first to win 10/20/100 points!“
"Transforming letters" – a game for attention, thinking, spatial representations and mathematical abilities.
"I put the handwritten letters in front of me. Now we play a game of turning one letter into another. For example, look at the small handwritten letter "T". What letter will it turn into if we remove the first ever cop? (a small handwritten "P"). Find it in front of you and take it. Which letter will it turn into if we mentally turn it upside down? (small handwritten letter "I"). Find her and take her. Which letter will it turn into if we add another cop to it at the end of the Apostille? (in a small handwritten letter "s"). Find her and take her. Now let's imagine turning it upside down. What letter will it become?“
Description of letters – a game for the development of thinking-comparisons and analysis.
"What do the capital letters" B "and"D" have? How are they different? What about the printed capital " s " and "S"? What do the handwritten letters "C" and "I"have in common?“
Memory game, tactile perception, letter Gnosis and manual Praxis / fine motorics.
"Close your eyes. I'll give you a piece of the puzzle. Slide your finger / pass the stick along the letter on it and try to recognize it.“
How to play with a "letter tracking kit" after the child has perfected his knowledge of the letters and their spelling?
A game for general motor skills and phonological awareness.
Arrange some of the puzzles on the floor. Let the child jump behind each letter and invent words with the appropriate sound.
Example instructions : "I have placed a few letters in front of you. Stand on your right foot and jump in front of the first one. (C) come up with a word that starts with it. ...(Sparrow) Bravo! You can jump to the second letter (N), stand on your left foot. Think of a word that ends with it. ...(pants) great! Jump to the third letter and squat in front of it. (H) think of a word that has this letter in its middle. ...jump 1 foot to the next letter (K), but stay in that position. Think of a word where the letter comes second. ...(jumping) " etc.N.
A game for tactile perception, memory and language abilities.
Ask the child to close his eyes. Let him slide his finger along one of the letters with his left hand, and with his right hand try to write it on the back of another child/his father/mother, etc. The other player must say a word starting with that letter.